Jake “Bboy Boogie B” Riley has been a devoted practitioner of the original style of Hip Hop Dance, “Breaking” for 15 years. During this time, Jake has traveled from coast to coast, learning from and has competing against some of the most influential Bboys and Bgirls from all around the world. Jake has won over 45 competitions and has traveled to cities that include: Los Angeles, New York City, Chicago, San Diego, Houston, Miami, Orlando, Austin, Seattle, Sacramento, Boston, Atlanta and more.
In August of 2014, he along with a few partners opened the doors to Minnesota’s first and only studio dedicated to Hip Hop/Urban dance called, “House of Dance Twin Cities”.
In May of 2016, Jake also graduated from North Hennepin Community College with an Associates Degree in Business Administration, along with a certificate in Entrepreneurship to further his management skills at the studio.
House of Dance Twin Cities today is among the top 10 dance studios (based on recent ratings) in Minnesota with over 275 currently registered students. House of Dance Twin Cities is also the official dance studio partner of the Minnesota Timberwolves/Lynx and has a partnership with Red Bull Energy Drink.
Jake performance experiences include dancing alongside platinum selling recording artists such as: Vanilla Ice, Montell Jordan, Quad City DJs, Bell Biv Devoe and most recently had the incredible opportunity to perform alongside Justin Timberlake for the SuperBowl LII Pepsi halftime performance at the US Bank Stadium in February of 2018.
In June of 2018, Jake and his wife, Bao Lee founded there 501c3 non-profit called, “House of Dance Foundation” to further provide classes and programming to a greater outreach of people in the Twin Cities and beyond. 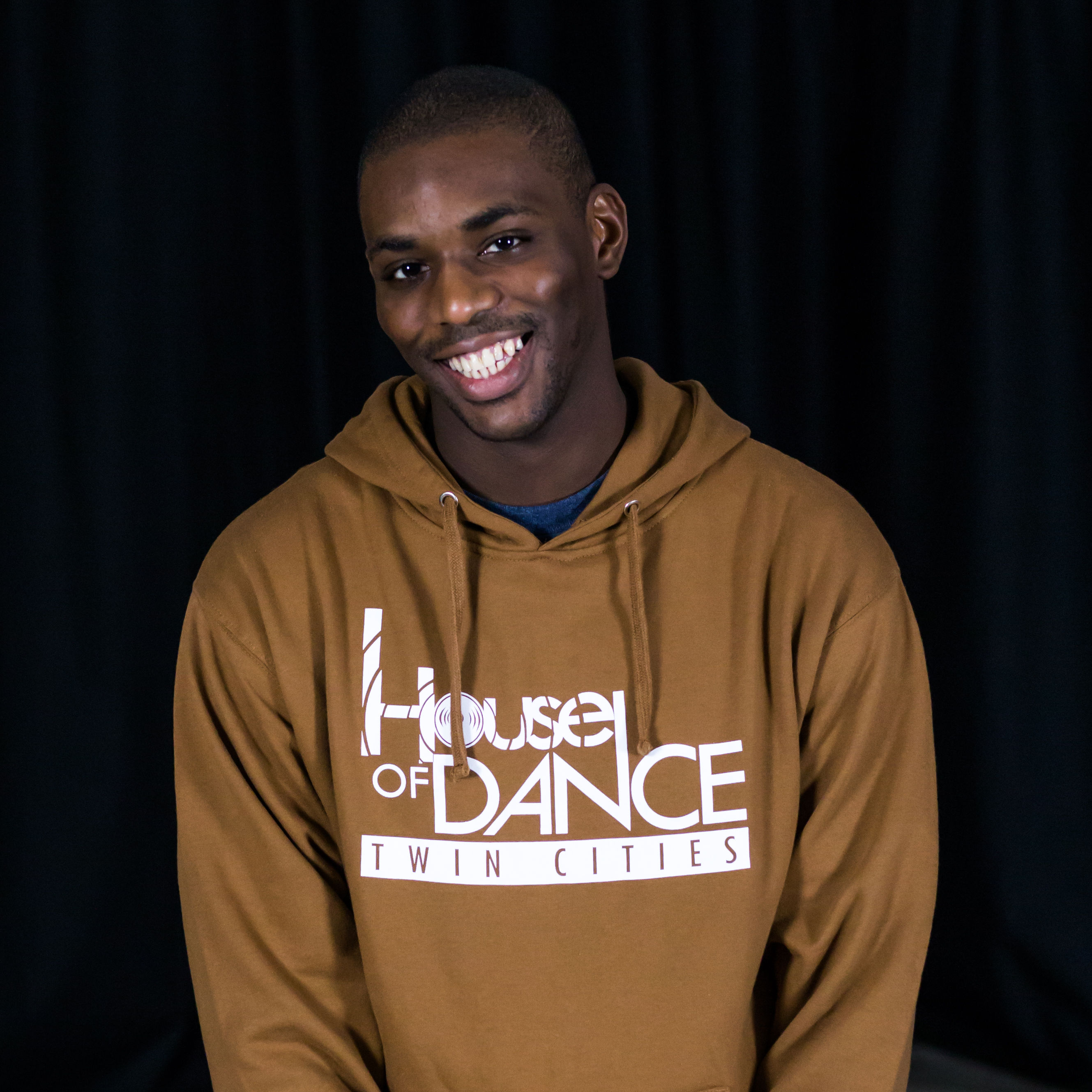 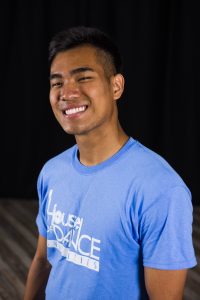 Leroy has been a practitioner of Breaking ever since he was the age of twelve. In his beginning years, Leroy taught himself how to dance through studying and imitating YouTube videos. As he progressed, he eventually transitioned from YouTube to learning from some of the finest Breakers in the world. Today Leroy found his place in a crew called Optimistic Crew. Leroy continues to build upon his knowledge through constant training, traveling, and battling with his crew. He has battled in cities all over the U.S. such as San Diego, Orlando, Boston, Baltimore, Chicago, Seattle, Nashville, and of course Minneapolis. Leroy also enjoys teaching and strongly believes in the power of the youth. Although still very young himself, Leroy has many years of experience and looks forward to sharing with the students at House of Dance Twin Cities! 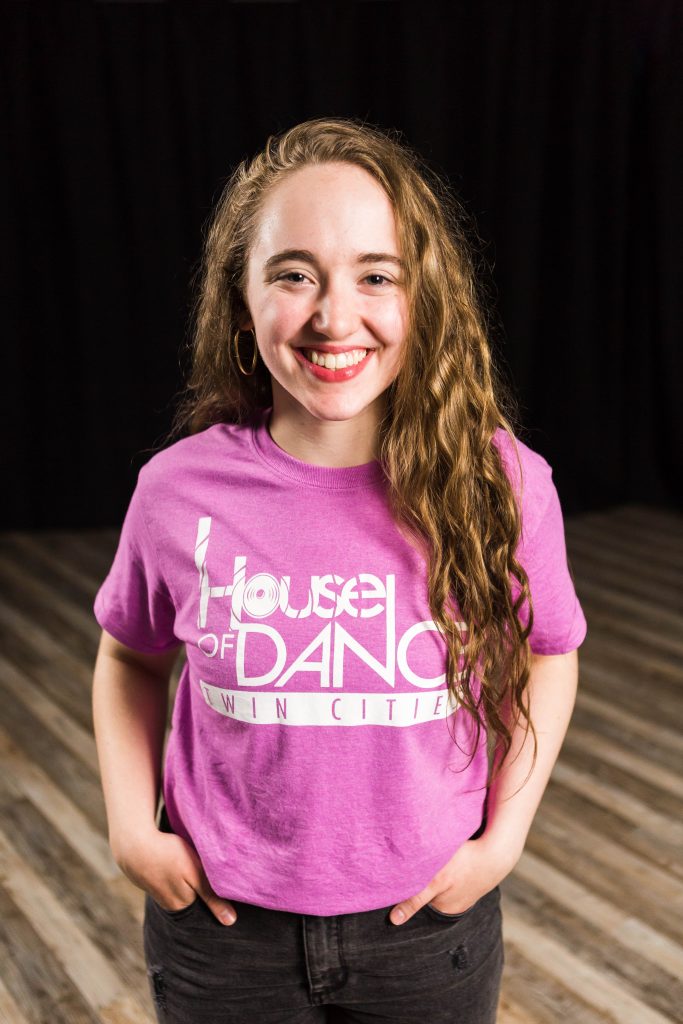 Mia Johnson
Hip Hop Dance Instructor
Mia Johnson began dancing as a youth dancer in “Legacy: A Tribute to the King of Pop” and later became a member of that professional company. She began formal dance training in Horton (modern technique), Ballet, West African, and Modern/Contemporary choreography at TU Dance Center. She also attended Saint Paul Conservatory for Performing Artists, studying Modern, Ballet, Jazz, Hip Hop, Breaking and more. Mia’s other performance experience includes: being a member of all-female hip hop collective “S.H.E.- She Who Holds Everything”, SuperbowlLIVE 2018 dance performances, and performances with other local Hip Hop crews, artists and small collaborations. She trains as “Girl Kaution” in Krump under Herb Johnson III aka J Dot Eyez, and she has participated in various battles, workshops, sessions and performances around the country to deepen her training in Krump. Mia has also traveled to several workshops and intensives in Hip Hop/Urban Dance choreography and technique. Some of her teaching experience includes various local workshops, and teaching Hip Hop & creating Hip Hop choreography for the TU Dance Teen Summer Intensive. She also has experience working with children at Science Museum of Minnesota summer camps. She is currently receiving a B.F.A. in Dance from the University of Minnesota, and hopes to use this degree to garner the same funding and respect for Urban and Street Dance forms in Minnesota as she has seen given to the concert dance community. She hopes to continue honing her passion for creating dance that makes a statement and continue teaching to empower others through dance. 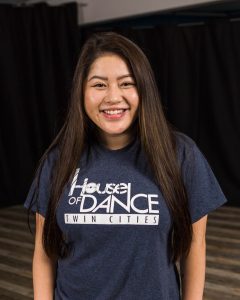 Ashley YangTao
Hip Hop Dance Instructor
Ashley YangTao began her training at the age of four where she competitively competed in ballet, pointe, tap, hip hop, musical theater and many other styles. She continued her training at Saint Paul Conservatory for Performing Artists, a charter high school where she had the opportunity to dance with many local twin cities artists. Besides traveling, battling and being a part of productions; Ashley is involved with the Minnesota Timberwolves 612 Crew, Gentlebaes as well as an all female SAGE Award winning collective S.H.E. (She who Holds Everything). Ashley is also the founder and creator of Be Your Best Workshops where she brings new styles that aren’t often taught in MN. Outside of dance Ashley is an alumni of The University of Minnesota, enjoys traveling, baking and photography. She is also a Product and Special Project Manager at the Star Tribune.
Waswa Kalema
Hip Hop Dance Instructor 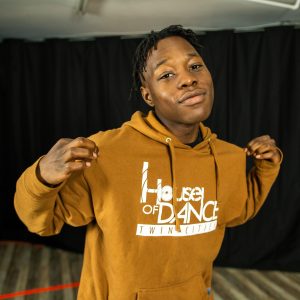 Waswa (wass) Kalema has been dancing since the age of 6 starting his dance career at the AOD studio in Brooklyn park, taking classes like tap, ballet,musical theatre and his love hip-hop, he eventually transitioned from the classroom to the streets. finding himself in the more street styles of dance, in high school he met members of his now crew squad7k and started to explore his love for dance. He’s battled and took class in cities all over the us and even the world such as Flordia, Texas, Washington D.C , New York, Paris, Japan and over course Minnneapolis. Wass is excited to teach and believes strongly that words of encouragement (hype) Go a long way in building up a dancer and people. House of dance Twin cites let’s go.
Frankie Hebres
Hip Hop Dance Instructor 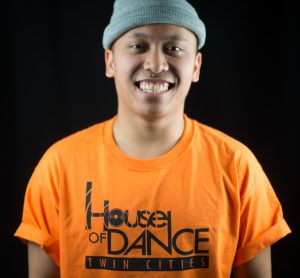 Frankie Hebres specializes in Hip Hop along with other styles such as Popping, Locking, House, and Krump. Frankie has created and/or choreographed for many shows and organizations, most notably were: The 612 Crew and The Pups of the MN Timberwolves, “I’m From” Vol. 1 & 2, “Mixtape Side B,” and “Mixtape Part 3.” In 2016, Frankie received a $10K grant from the MN State Arts Board to direct, choreograph, and perform in a production about immigration and identity through dance. Frankie believes in teaching both choreography and freestyle skills for students to become well-rounded and experience more of what dance has to offer.
18 Responses